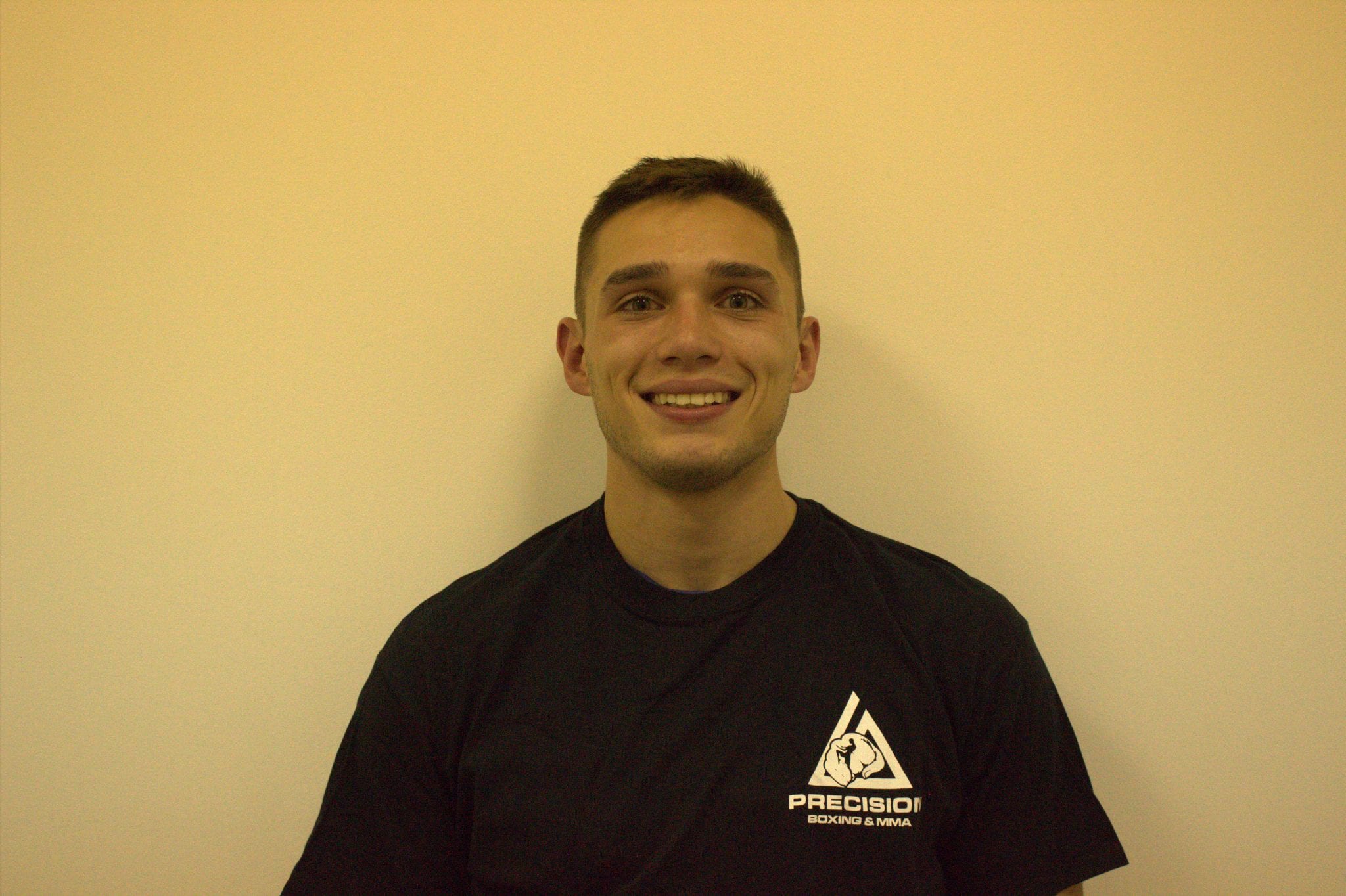 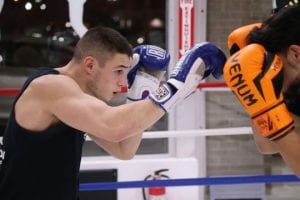 Garrett is a high energy coach who strives to challenge and encourage each of his students. In addition to motivating his students to push themselves physically, he also works hard to show each student how they can harness their creative talents to express themselves uniquely through striking.

Garrett is very patient and always makes time after class to answer student’s individual questions and concerns. Show him effort and consistency and he will make you realize your full potential.

Garrett Volpe started at Precision as a teenager and has developed into one of it’s most well rounded competitors and knowledgeable coaches. In addition to his training with the head coaches at Precision, Garrett has also trained extensively in Thailand, home to the world’s most accomplished strikers.

A well rounded martial artist, Garrett has stepped in the ring, on the mat and in the cage competing successfully in Boxing, Muay Thai, Brazilian Jiu-jitsu, and Mixed Martial Arts. Whether you dream of becoming a champion competitor or just want to shed pounds and learn self defense Garrett has the tools to have you reach your goals! 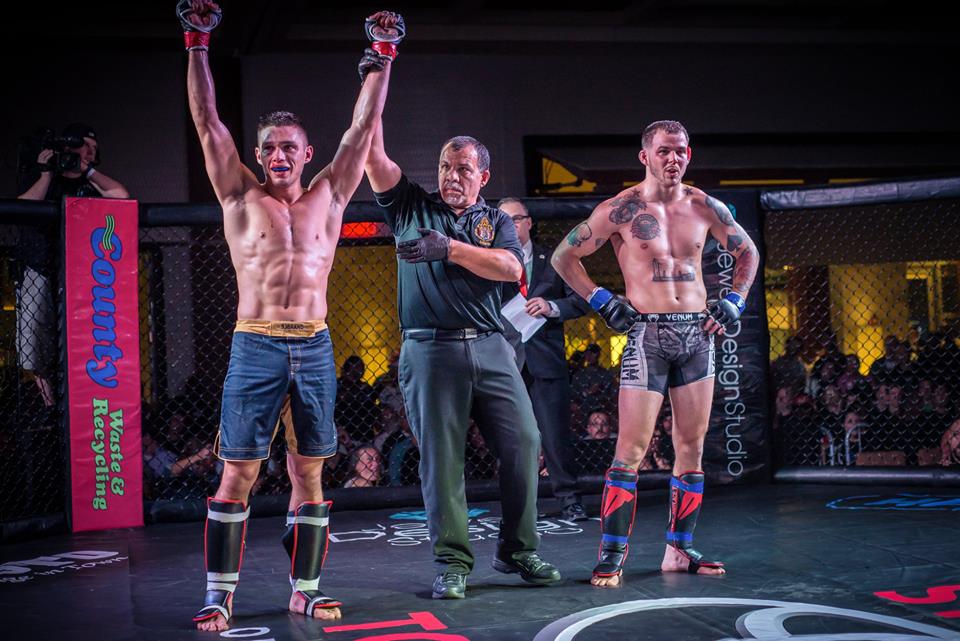