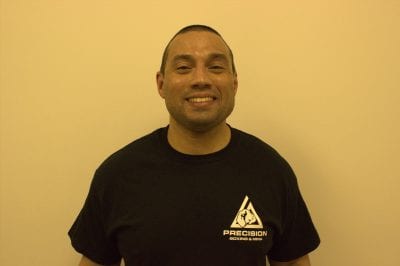 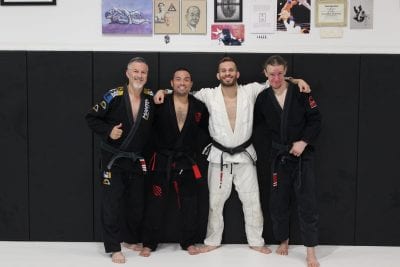 Jon Garcia is a lifelong martial artist with over 3 decades of study. His journey began with karate. Jon fell in love with the artistic expression and disciplined offered by the art and went on to earn his black belt. He then transitioned to judo before joining the team at Precision in 2006. “Karate” Jon, as he was known, studied all the disciplines at the academy and competed successfully in , muay thai, and Brazilian jiu-jitsu. Jon was one of coach Brian’s main sparring partners when he prepared for his professional MMA bouts and would join him on his trips to spar with the region’s top pros. Jon was rare in that he could combine the strategies and techniques of both traditional martial arts and modern day MMA training. In 2018 after over a decade of diligent study Jon was awarded his Brazilian Jiu-jitsu black belt, joining the elite club of black belts awarded by head coach Brian McLaughlin.
In addition to his martial arts knowledge Jon is a full time attorney and a testament to how even busy professionals can make martial arts a part of their lifestyle.

As a coach Jon challenges his students to push themselves to overcome their limitations. He has a no nonsense old school approach and instills the same sense of discipline in his students that brought him success on his journey.